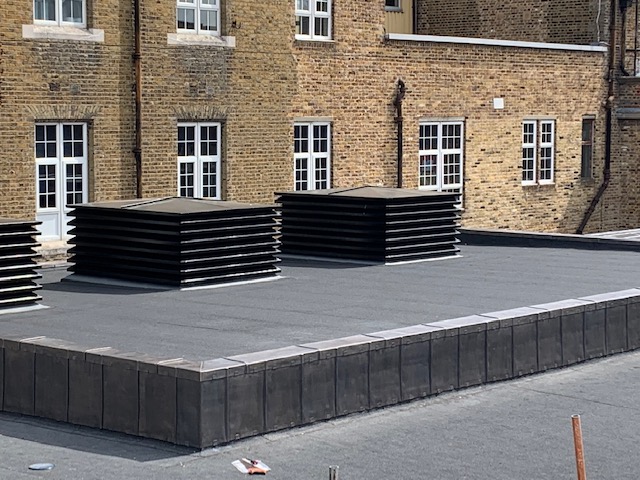 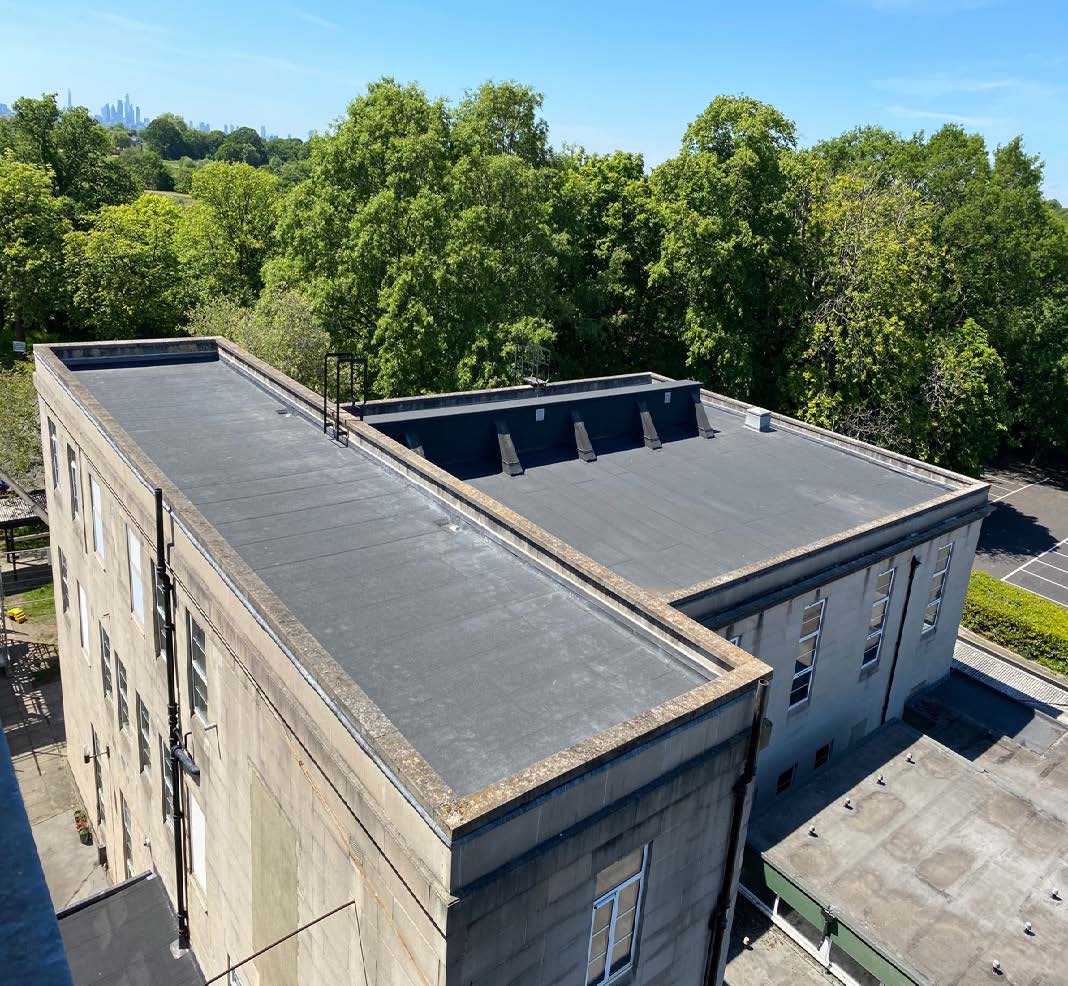 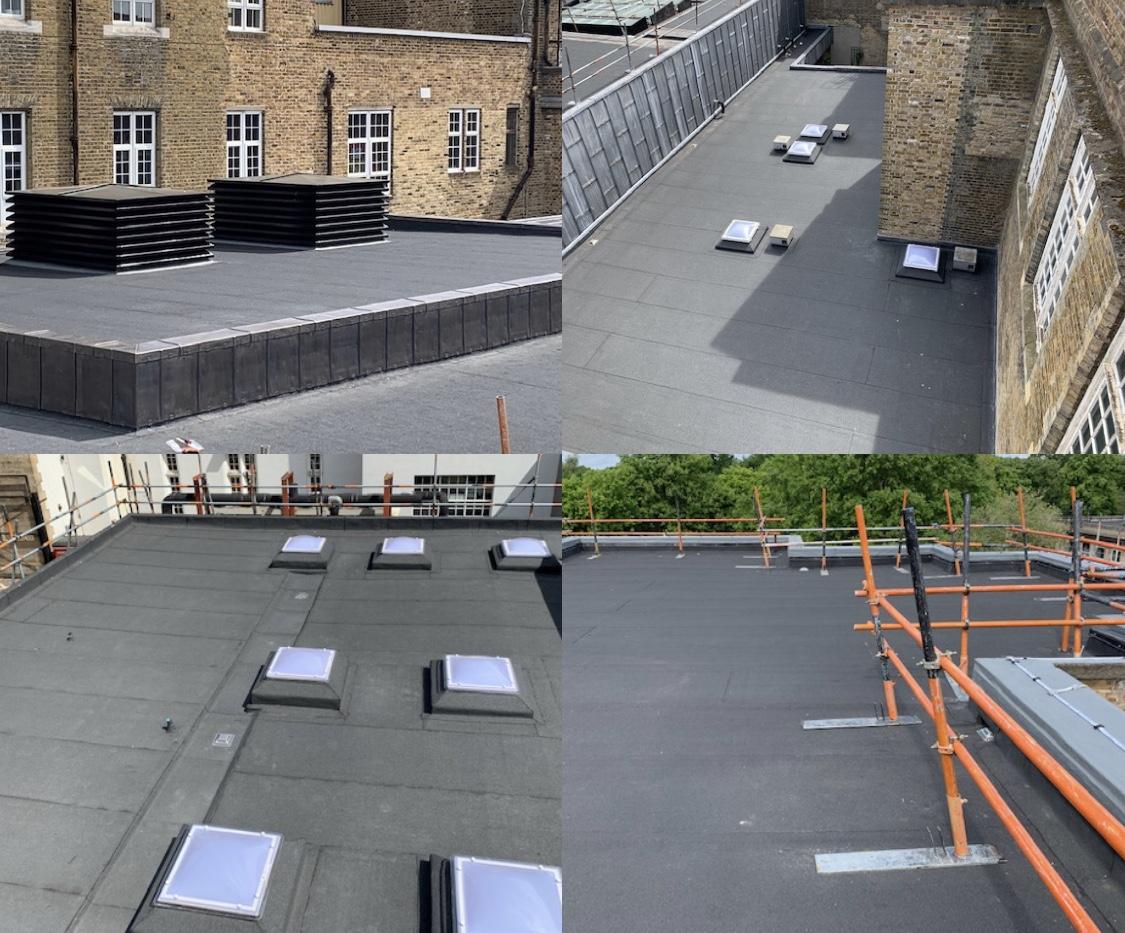 Snaresbrook Crown Court is the UKs largest court. Its origins date back to the Victorian times however the last time it had any major refurbishment carried out was back in the 1980’s after a fire. The existing roofs were in a poor state and due to the numerous extensions, some roofs were hard to access.

Due to the court still being open and large sensitive cases going on we had a strict timescale to meet, we then had to meet the extra constraints of Covid working restrictions. The building is listed as a historic building, so we had to keep to original coating as much as possible.

We proposed the Soprema Sopralene Warm Roof Felt system along with the Alsan Liquid to one of the roofs whilst incorporating numerous large Barrel Vaults to one of the roof areas supplied by Whitesales. There were numerous interactions with the lead cladding which in places had to be renewed.