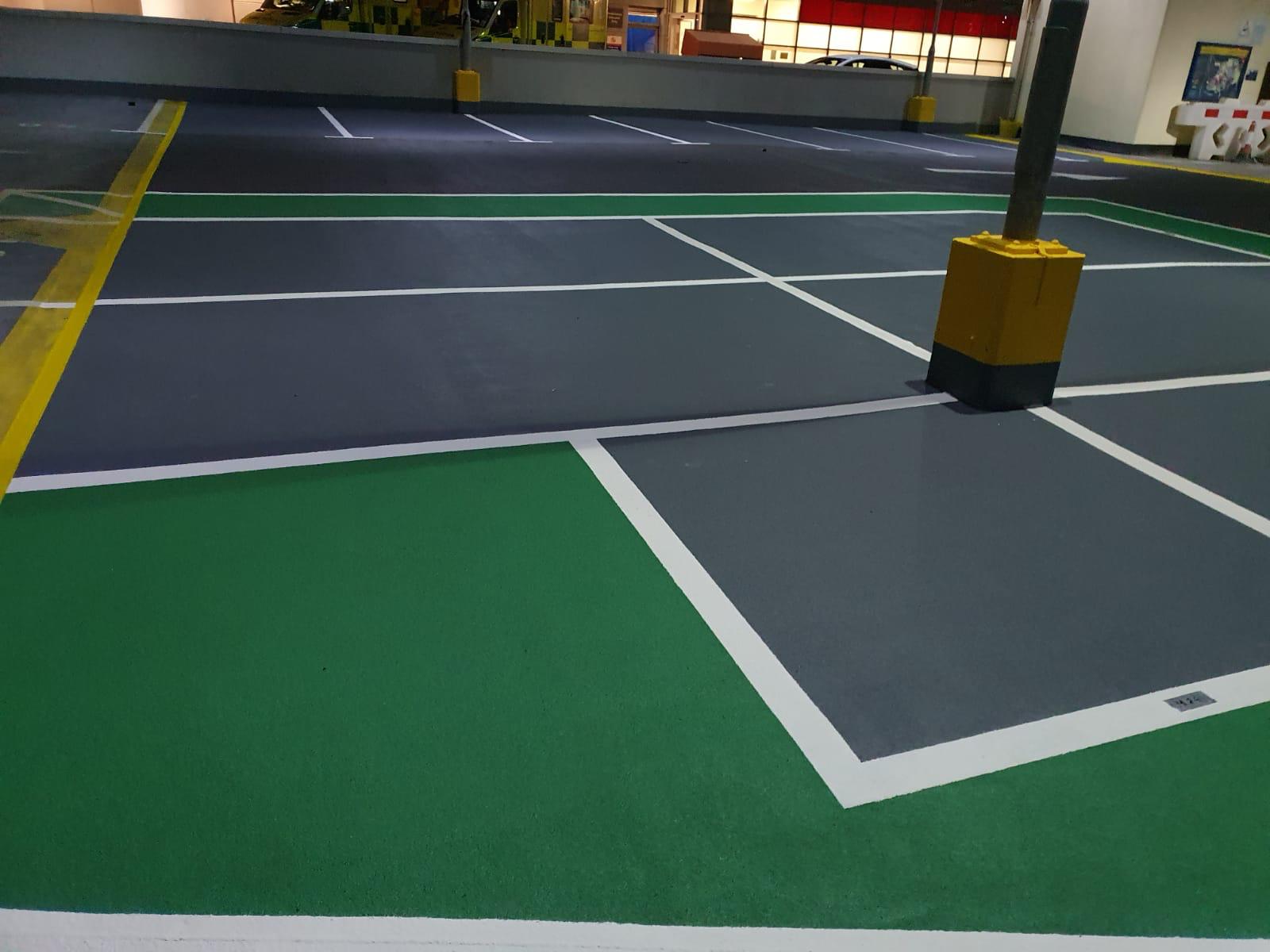 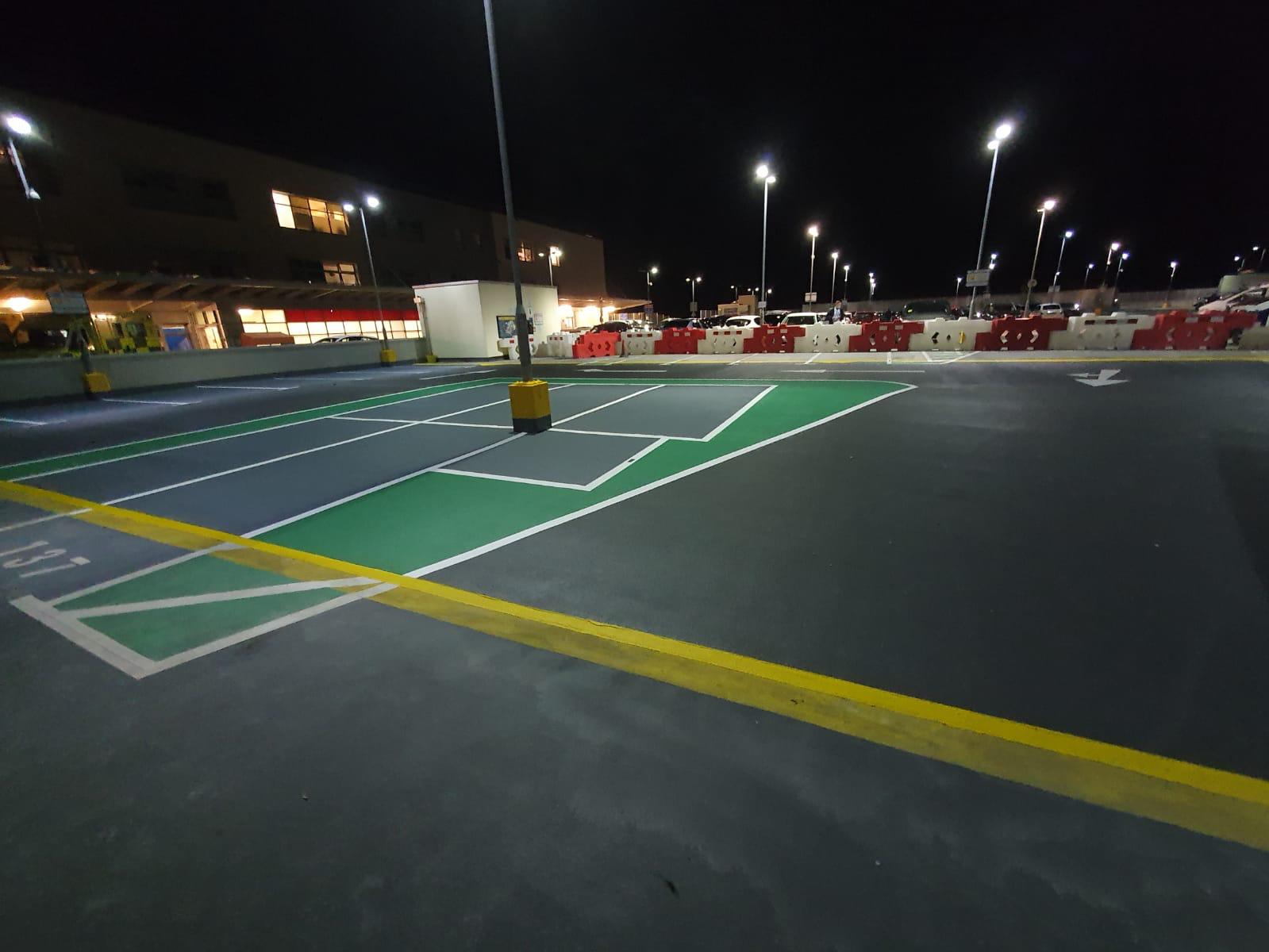 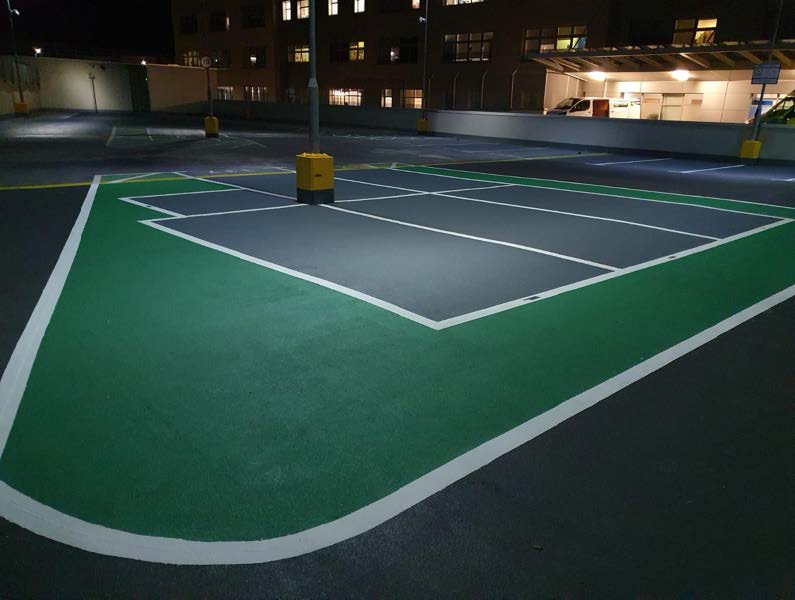 The car park at Broomfield hospital like most hospitals is a very busy car park, however the shape (a Triangle) makes the logistics of keeping the car park open and free flowing increases. The Car park has had a Liquid coating in the past but has failed over the years and the client is looking for the resurfacing to be done over numerous phases.

The car park being directly outside of the A+E department there was a need to keep the noise, dust and smell to a minimum but also keeping the car park open for as long as possible keep available spaces accessible. We also had to replace the failing expansion Joints.

To keep the laying time to a minimum we chose the Triflex ProPark system, our operatives worked around the clock with most of the preparation being done during the days and the install of the resin was carried out at night, this was not only because the car park was less busy but the works were being carried out during the Summer and the cooler Temperatures at nigh suited the products better.