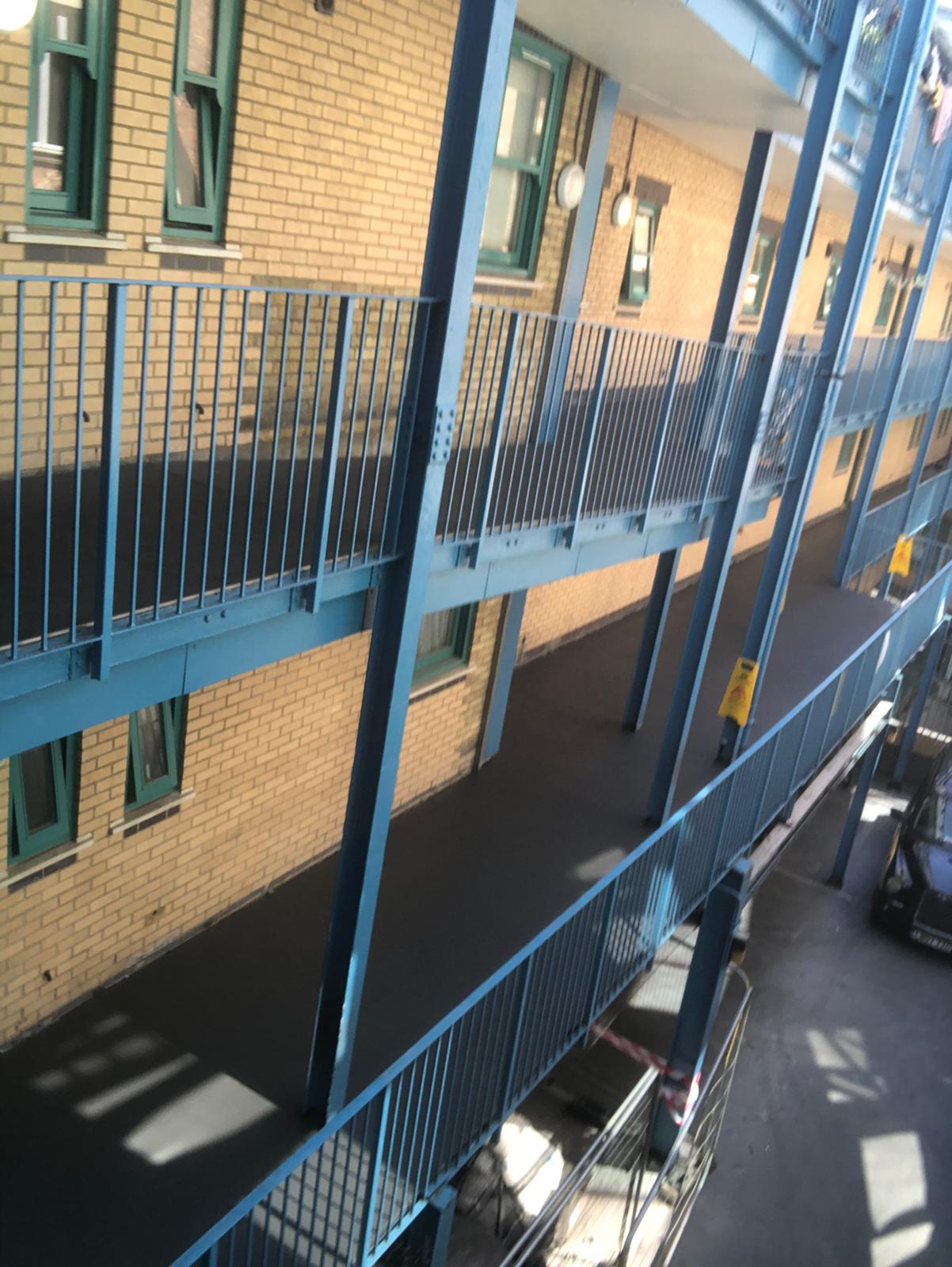 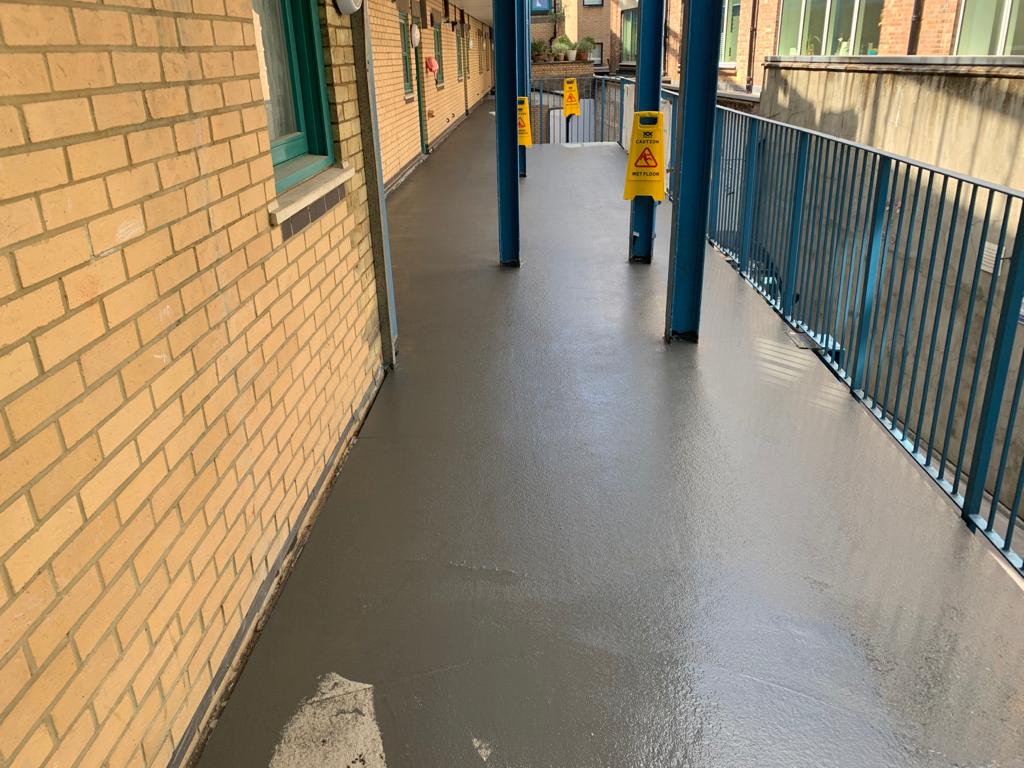 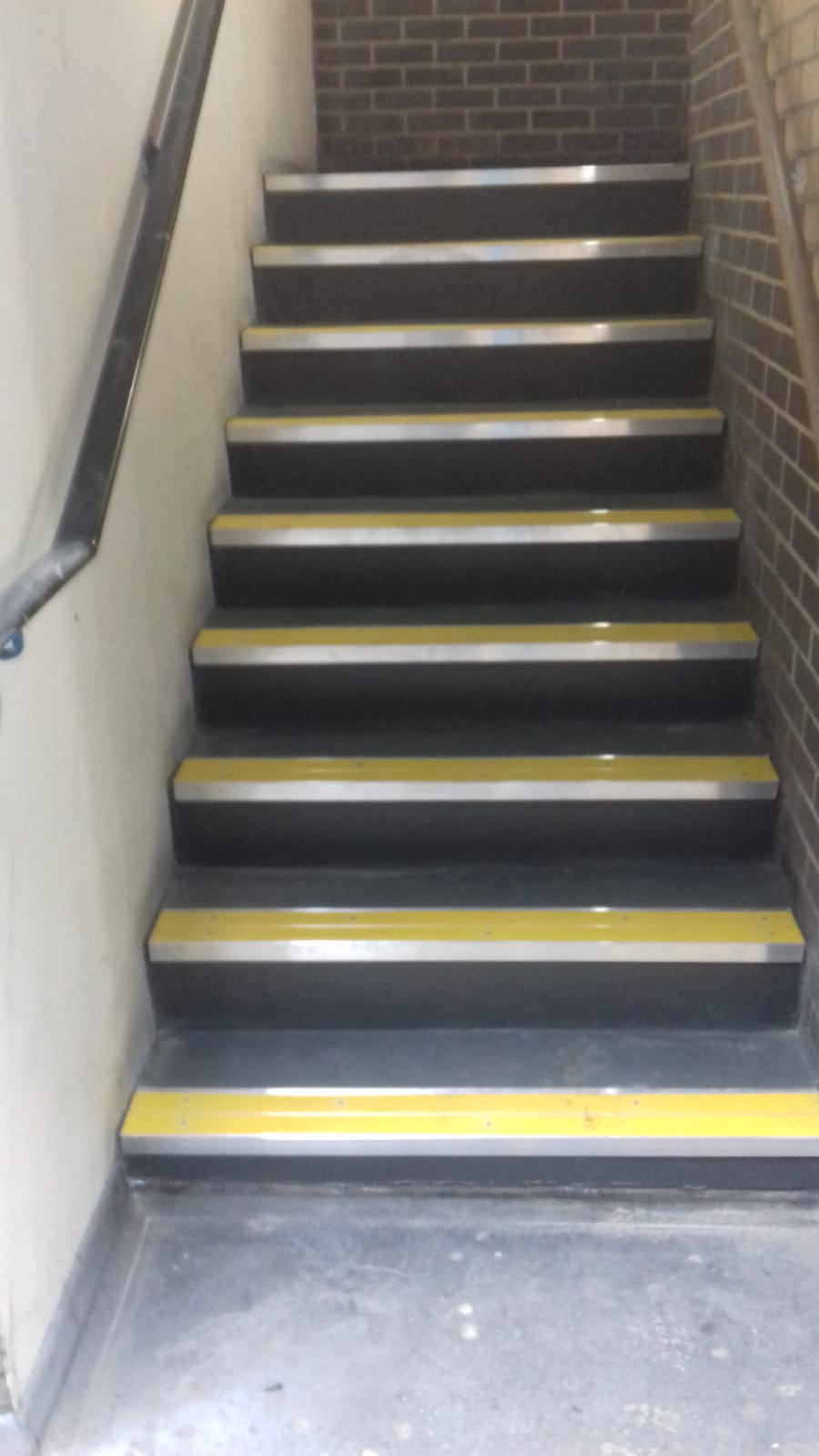 Langdale house is a block of flats located in the heart of Clerkenwell London, access to the flats is via the internal courtyard onto a metal structure forming the walkways. The walkways were formed by a metal plate that was covered with a rubber matting. The metal plates had over the years deflected along with the Rubber matting collapsing in places causing ponding which subsequently caused the walkway to become slippery and dangerous.

We had to remove the existing matting, prepare the metal deck and lay the new walkway surfacing whilst keeping access open to the residents who needed 24hr access. On top of this we had to replace the walkway outside of the lift and coat the stairs.

The proposal was to install the Triflex Profloor system due to its fast cure, before the system was installed, we had to grind the metal deck and apply scratch coats to level the deck. The project had originally been planned for a 2-week operation but due to the well-planned installation team the project was finished in 6 Days.